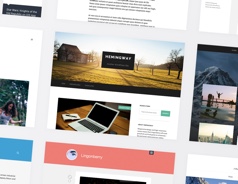 What is Web Hosting?

The self-hosted version of WordPress (as opposed to the WordPress.com version) can be hosted on the servers belonging to a web host, and made available through a domain name. The WP Glossary website is hosted on a web host called Binero, for instance.

Most web hosts charge a monthly, quarterly, or yearly fee. Prices vary from close to nothing to hundreds or thousands of dollar per month, depending on the features, speed and storage included in the hosting plan. Most WordPress sites can probably get by with plans costing ten dollars or less per month. If you want a domain name to go along with the website, you’ll also need to pay a yearly fee for the domain (unless it’s included in the hosting plan). Domain names generally cost ten dollars or more per year.

All web hosts can host WordPress websites, which can make it difficult to decide which one to use. The official WordPress website maintains a list of hosts recommended by the community. If you’d rather not spend a monthly fee on a web host, you can get a free website hosted on WordPress.com instead.

What is Web Hosting?

A domain name is a string of characters that identify a resource on the Internet,…

Automattic is the company behind WordPress services like WordPress.com, WooCommerce, Akismet and Jetpack.